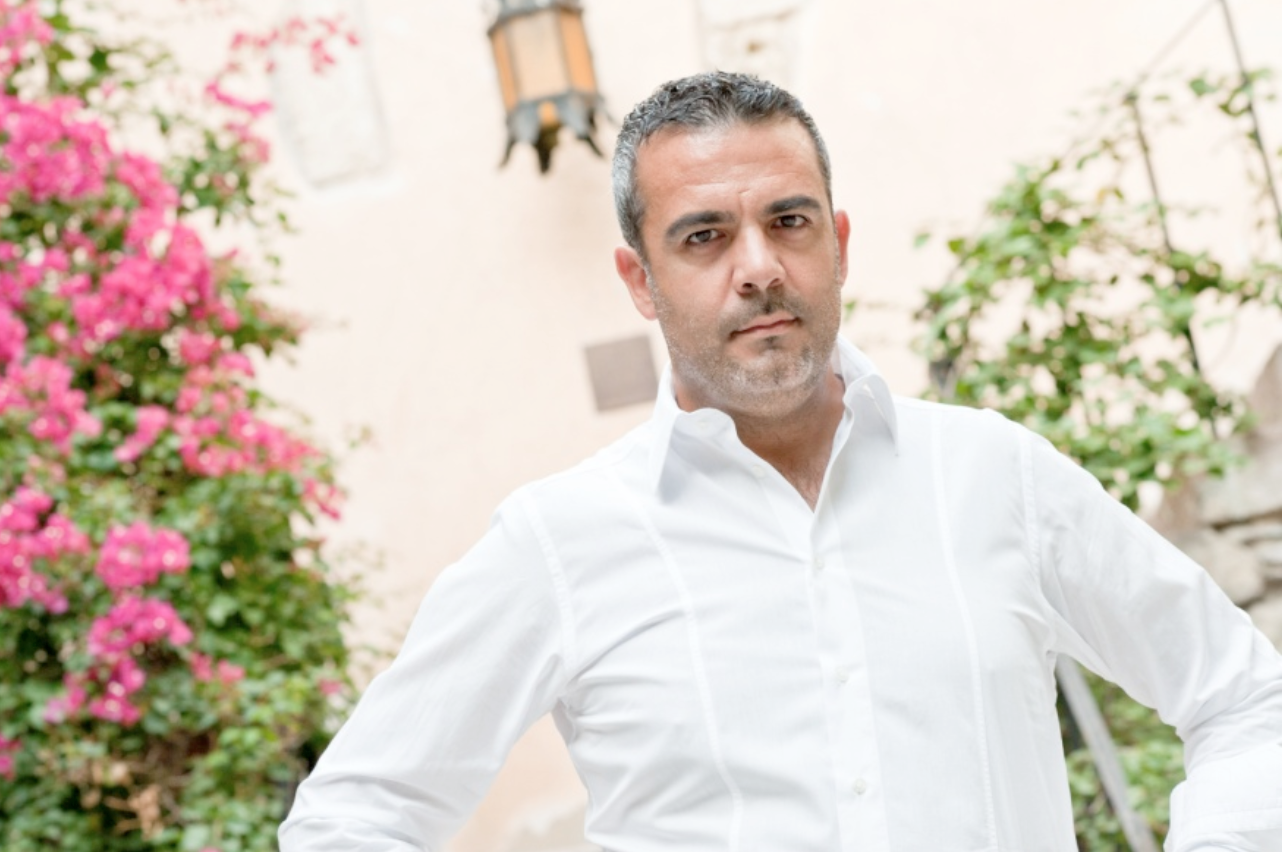 Sanlurese, born March 28, 1970 in Cagliari.
He studied Composition, Piano and Percussion at the Conservatory of Music “Giovanni Pierluigi da Palestrina” of Cagliari, where in 1993 he graduated in Violin under the guidance of Alessandro Moccia.
He specialized with violinists Alexander Barantschik, Felice Cusano, Alessandro Moccia, David Takeno, Mircea Tifu, Eugenia Chugayeva and with conductors Sir Colin Davis and Jesus Lopez-Cobos.
In 1995 he attended the “Post Graduate Course” for Violin and Orchestra Conducting at the “Guildhall School of Music and Drama” in London, respectively, with violinist Krysia Osostowicz and with maestro Alan Hazeldine.
Since the studies in the Conservatory, has performed in many concerts as a violinist in chamber, symphonic, operatic, exploring different genres in addition to classical music, in Italy, Spain, France, England, Luxembourg, the Netherlands, Belgium, Switzerland, Greece , Hungary, Poland, Serbia, Lithuania, Russia, Uzbekistan, Korea, China, Japan, Chile, Brazil and Mexico collaborating with musicians such as Paolo Fresu, Roger Waters, Dulce Pontes, Gianni Ferrio, Luis Bacalov, Riz Ortolani, Nicola Piovani, Markus Stockhausen, Daniele Di Bonaventura, Anna Tifu, Enrico Rava, Danilo Rea, Maurizio Giammarco, Franco D’Andrea and with musicians of Pop Claudio Baglioni, Gino Paoli, Noah, Renato Zero, Celentano, Ron, Fiorella Mannoia, Cesare Cremonini, Alexia, Gianni Morandi, Lucio Dalla, Andrea Bocelli and Pino Daniele.
In 2001 he made his debut in London as a conductor with the London Symphony Orchestra in a concert at the “Barbican Hall” during a cunducting master class held by Sir Colin Davis.
Since 2002 he collaborated with Oscar winner Ennio Morricone with whom he made concerts in different parts of the world, some of which are recorded on live CD and DVD. Moreover, in recent years he has taken part to the recording of several commissioned the maestro Morricone soundtracks.
In 2004 he made an incision recording with the London Symphony Orchestra in the “Abbey Road Studios” in London, for the record label ASV / UNIVERSAL.
In 2004 he founded the Orchestra da Camera della Sardegna, ensemble formed by musicians who work with great success away from the island.
In 2008 he founded the “culturefestival”, a festival of music of various genres, Painting, Sculpture, Works of Art, Literature, Theatre, Dance, Cinema, Photography, Artistic Handicraft, Architecture and Environment, an annual joint eighth edition that features the honorary presidency of Oscar Ennio Morricone and had the patronage of Sir Colin Davis Artistic President of the London Symphony Orchestra until 2013 when the great master was missing.
Attentive to young people and their training, since 2009 in Sardinia organizes the Educational Project which includes International Master Class and Concerts, for students of music from the age of three. Teachers are Principals of the London Symphony Orchestra and prominent members of the most important European schools of music, such as the Guildhall School of Music and Drama and the Royal Academy in London, the Vienna Conservatory, the Hochschule für Musik in Basel and Hochschule fur Musik Hanns Eisler Berlin.
In 2013 he received the Award Navicella Sardinia.

This website uses cookies to improve your experience while you navigate through the website. Out of these, the cookies that are categorized as necessary are stored on your browser as they are essential for the working of basic functionalities of the website. We also use third-party cookies that help us analyze and understand how you use this website. These cookies will be stored in your browser only with your consent. You also have the option to opt-out of these cookies. But opting out of some of these cookies may affect your browsing experience.
Necessary Sempre abilitato
Necessary cookies are absolutely essential for the website to function properly. This category only includes cookies that ensures basic functionalities and security features of the website. These cookies do not store any personal information.
Non-necessary
Any cookies that may not be particularly necessary for the website to function and is used specifically to collect user personal data via analytics, ads, other embedded contents are termed as non-necessary cookies. It is mandatory to procure user consent prior to running these cookies on your website.
ACCETTA E SALVA